Block number two is done.  The Missing Groom.  Such a dapper looking man. 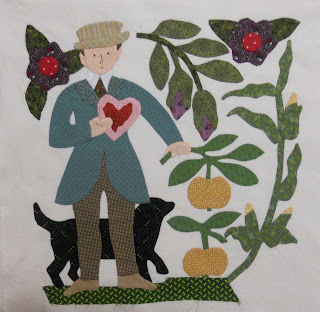 A Bountiful Life Block One

I have wanted to make the Civil War Bride quilt blocks for quite some time.  I purchased Corliss Searcy's pattern.  And I was blog friends wit Karen Mowery from Sewprimitive Quilter. When she had her book published, "A Bountiful Life", I purchased it also.  It is inspired by the same antique quilt.  Then I could not decide which version of the reproduction quilt patterns I would use.  It put me in a hold mode.  If you are familiar with Karen Mowery, you know that she passed away not long after her book was published.  I have finally made the decision to honor Karen by using the block patterns provided in her book.  Here is block one.  "Bluebell Bouquet". 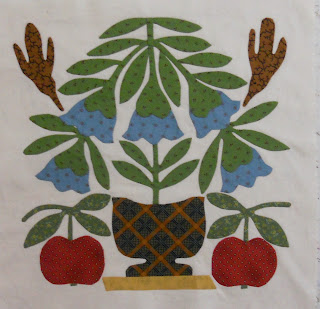 While working on blocks for the country style album quilt I have had in progress, one of the block designs I stitched is shown below.  It is from a Laurene Sinema pattern I have.  Obviously her source was the same antique quilt.  Here is the block I made from Laurene's pattern. 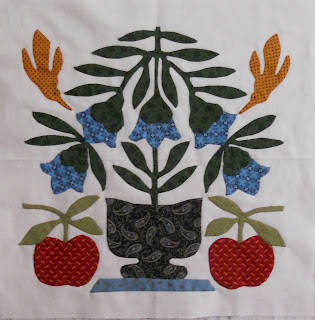 I am currently working on the second block from Karen's book which is the Missing Groom.  Some tricky parts to stitch but should have it done soon.  My country album is temporarily on hold right now.  I have all the blocks stitched but need to do some drawing for the borders.  I hope to do that very soon.

My Bouquet block for the Shenandoah Botanical quilt.  Month eight. 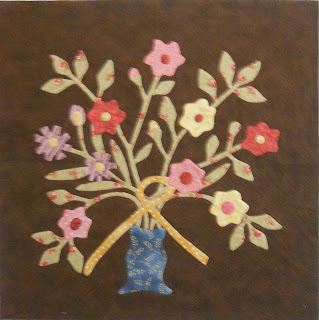 I have the last two of thirty blocks done for the Country Album style quilt.  I have not started the border applique process as of yet.  The two blocks below are both from Jeana Kimball's "Forget-Me-Not" book.  Love the cow udder and the cute bunnies. 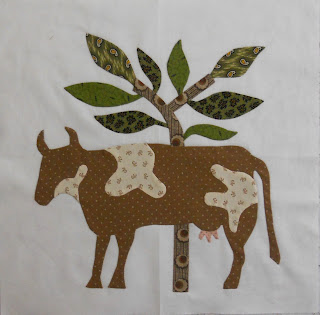 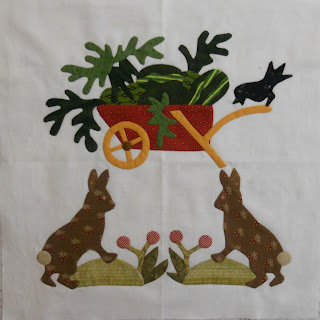 I finished one more of the 1857 blocks.  I am leaving off the corner diamond shapes for right now. 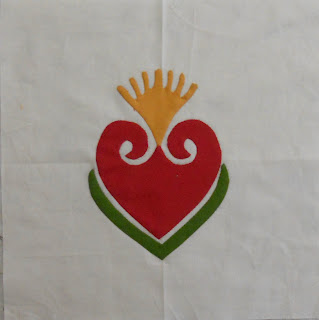 Some of my blog visitors have said they would like a copy of Jeana Kimball's book "Old Voices New Impressions" which myself and a few other quilters were stitching the applique blocks from last year.  There is a copy available on E-Bay as a Buy Now.  Click here.  Just thought I would let you know.